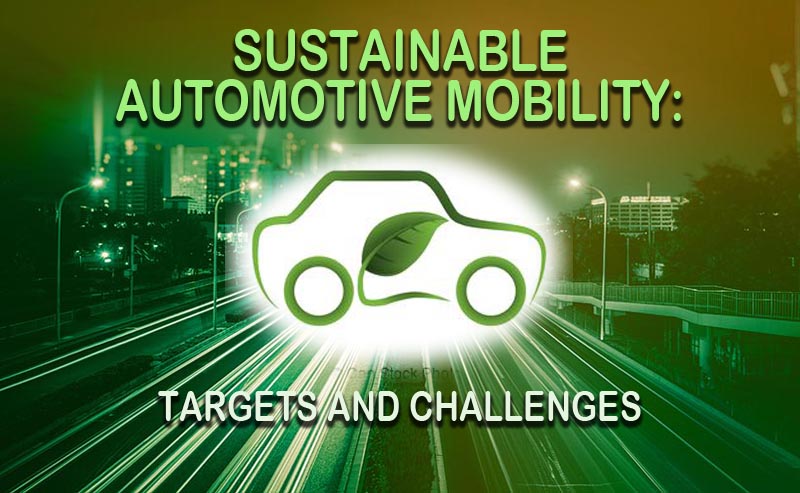 Mobility is essential for a modern society and for the economy growth because it plays a fundamental role in connecting people and businesses, but also in achieving sustainable development.
The European Commission’s Smart and Sustainable Mobility Strategy puts in place key milestones for all modes of transport to ensure that the EU transport system stays on track in its development towards a smart and sustainable future.
Transport must decarbonize and improve its sustainability, in line with the 2050 climate neutrality target.
In this context, the automotive and energy industries play a central role, through innovative technologies to transform the mobility system and make it more sustainable, flexible and at the same time improve competitiveness.
In this webinar we will try to explore some aspects of how the automotive and the energy industries are working on creating tomorrow’s sustainable mobility: how to reduce emissions and energy consumption; smart and sustainable mobility strategies; alternative fuels etc.

Carlo Di Primio, Currently President of the Italian Association of Energy Economists – AIEE and CEO of HORUS Green Energy Investments. Over 40 years of experience in the Energy and Renewable sector. He was CEO and Board Director of several energy companies (Oil refining and marketing, LNG terminals, Power generation, Renewable projects). Most recently he was Vice President and board Director of International Power Italy, Vice President and Board Director of Assoelettrica (Italian Federation of Electric Industry), Deputy General Manager of Unione Petrolifera (Italian Federation of oil industry), member of several Advisory Committee at national and international level.

Dino Marcozzi is General Secretary of Motus-E since 2019, after an experience as Senior Advisor at McKinsey&Co. He was Operation Manager in nuclear power plants and Director of thermal power plants from 1991 to 1998, up to size of 3 GW. After experience in Planning and Control, O&M Engineering and distributed generation, he was responsible for procurement of Enel Italy generation and Engineering and Construction until September 2008. From October 2008 Dino was Chief Procurement Officer in Renewable world leading company Enel Green Power, following the development as leader in renewable generation, organizing matrix structure through centralization and across 17 countries and managing 3.5 b€ portfolio of Capex and Opex. As CPO Dino was member of the McKinsey European CPO Rountable, speaker in several congresses and conventions as ProcureCon and Professor at Tor Vergata International Procurement Master courses.

Michele Benini is Director of the Energy Systems Development department of RSE (Research on the Energy System) and Professor at the Polytechnic University of Milano in “Regulation of Electric Power Systems”.
Before joining RSE, he started his career in the field of Artificial Intelligence in CISE and then held various positions as Project Manager, Product Leader and Research Group Leader in different companies (ENEL, CESI, CESI Ricerca, ERSE) active in the electro-energy sector.
He has been responsible for various projects concerning liberalization and regulation of electricity markets in Italy and Europe, as well as long-term development of the overall energy system and electric mobility. Within this context he has been providing technical support to the Italian Government, also on behalf of the European Community, concerning energy planning and the transposition of the European energy policy framework into the national legislation, as well as to the energy regulatory authority (ARERA) on various topics concerning regulatory reforms and electric mobility.

Claudio Spinaci President of UNEM – Energy for Mobility Union, (former Unione Petrolifera, the Association of Italian oil companies). Mr. Spinaci he has been president of Unione Petrolifera since September 2015. In 1984 he began his professional career within the Esso Group, where he remained for 21 years. In the context of Esso Italiana downstream, he holds positions of increasing responsibility in logistics, refining, marketing and planning and control. In 2000, he was called to ExxonMobil Europe at the Brussels office, where he first assumed the responsibility of EMEA Planning Executive Europe and subsequently that of Distribution Executive Europe. In 2005 he joined the ERG Group as Planning and Control Director of ERG Petroli. In 2008 he assumed responsibility for the Network Management, a position he held until July 2010, when he was appointed Chief Executive Officer of ERG Petroli. From 1 October 2010 to October 2015 he was CEO of TotalErg, a joint venture created from the merger of ERG Petroli and Total Italia.
Since 2010 he has been a member of the Board of Directors of Unione Petrolifera of which he has been Vice President since June 2013.
.